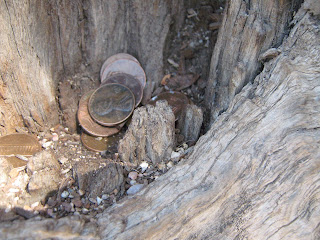 As a young child, I resented the What Little Boys Are Made Of rhyme. "How come," I'd ask, "little boys get to be made of neat stuff like snips and snails and puppy dog tails, but little girls have to be made of dumb old sugar and spice?" Personally, I defied the stereotype. Not in any purposeful way; I was way too young for feminist politics. I just followed my interests. I hung out with the boys in the woods, where we caught salamanders and cut down saplings with contraband hatchets. We dug holes and made fishing poles out of branches and string. My pockets were always full of bits of this and that: fossils, bottle caps and acorns, small pieces of sandstone that were soft enough to use as chalk, interesting candy wrappers, rusty nails, and my pocketknife. There were also tiny twigs, twisty ties, snail shells, marbles, ribbons, wire and twine.

When I was in college, tomboy was no longer an innocuous label, and I tried to revise my antisocial behavior. But it was a process, and didn't change overnight. At that time, I lived in an apartment near the train tracks. I had no car, so I rode my bike to work, and then to class each day. I had to go over the train tracks. When I had time, and a handful of extra coins (not as often as you might think--I was on the Ramen Noodle Economic Plan), I used to park my bike and wander to the tracks. In the silent pre-dawn, the shadows were long and the rails stood out against the dark rocks. The air was so still that the metallic smell of the rails was noticeable, even on the days when the snow piled up. I would place my coins onto the smooth metal and leave them there. When I came back in the evening, the sun would be setting or have set and the pennies would have been smooshed by the passing trains. They lay glittery and bright in the rocks or the snow, waiting for me to pick them up. I kept them in my pockets as a sort of worry stone.

Nowadays, my pockets hold keys. Maybe a few receipts. Perhaps a Lego or a hair clip, just until I get a chance to put them away. But despite the possibility that I may have finally grown up, I love the smooshed pennies that you can make at touristy places like museums, zoos and amusement parks. Whenever I see a smooshing machine, I make sure to make one...or three. Logically, I can see that it is a total waste of the penny plus the fifty cents it costs to use the machine. But the sentimental part of me loves the thrill of an inexpensive souvenir. And the suppressed magpie inside still loves the shiny stuff. But smooshed pennies no longer inhabit my pockets, and you can only keep so many smooshed pennies in a little pouch before they get too jumbled to enjoy. So how can you display them? 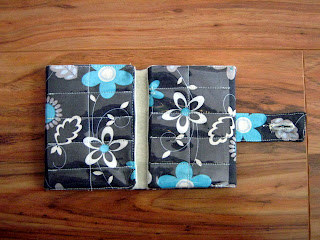 How about a penny passport? You can buy a thick plastic penny passport at some museum gift shops, and they serve their function. But they are hard and pointy and, let's face it, they just aren't very pretty. I seem to have grown into that feminine desire for pretty things, so I wanted something larger and softer. And pretty.

A while back I posted about some tea wallets that I had made from an online tutorial. I brainstormed ways to adapt that process to a penny passport. This is the result.
﻿ ﻿﻿﻿﻿﻿
﻿﻿﻿﻿﻿
﻿﻿﻿
I did not take pictures during the process, but basically, I increased the length by a little more than double and replaced the tea pockets with small rectangles of vinyl sewn on in a grid. I really struggled with the vinyl, but in the end I was happy with the final product. Let me know in the comments if you would make a penny passport. If people have interest, I would be willing to attempt a tutorial, but that seems like a lot of effort to send it off into the ether if no one would use it! 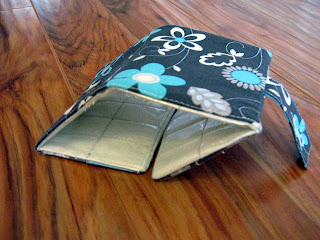 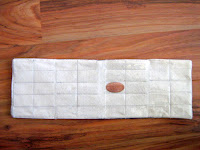 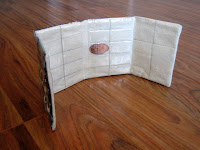